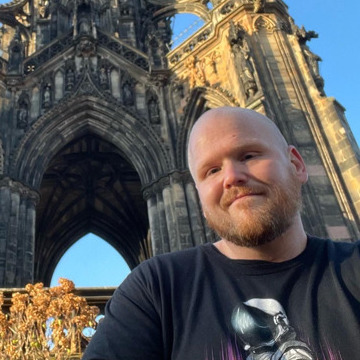 Do you want to ask Ross DaBoss to be your local guide in Boca Raton, United States?

Just Ross DaBoss 🙃 You won’t find another 🥸🧩 Try putting me in a box and it will explode!… My mind works a little bit different than most. It's an Autistic thing, but I like to think of it as a superpower ;p

I had lost my way in life, and was looking for something to start over with. Literally half way through it and deciding to start over... I used to be driven and strong, but life had crippled me the last decade 😢 But I’m trying really hard to now feel that way anymore.

I hope to find someone strong who will hopefully help to keep me motivated, and help me know that there’s more to life. 💃🏼

I’m starting my second half of life with a clean slate, Mentally prepared and willing to try new things, VERY open minded Physically still building up from some real bad ailments, but am strong and good at hiding the pain (motorcycle accident spine & autonomic system problems)

I’m highly Intelligent, overly empathetic, ridiculously sarcastic, and have a good way with people. Not sure in that order 🤪
My cons are… Hell I’m not telling you that til later! 🚫🤷🏼‍♂️

I’ve had quite the crazy life up to this point, and have plenty of things to talk about. I don’t think we will have a problem telling stories 📚

Don’t think I was meant to be stuck here in South Florida, hell in the US in general.. I just came back from an amazing February in Scotland & a few weeks in Mexico and have decided to go full digital Nomad 🤘🥳💻

Hooked up with a group of WiFi artists & will now be leaving on a ✈️ starting In July for a month each in Tbilisi, Georgia🔹 Barcelona, Spain 🔸 Cape Town, S Africa 🔹 Phuket, Thailand 🔸 Bali, Indonesia 🔹 Osaka, Japan

Within half a year

Give a gift to chat with Ross DaBoss at once. Catch his attention!